Vagabond tours have been in operation for 15 years. Rob and his team have been actively trying to increase their use of social media to reach out to customers, new and old. They share pictures and tips with potential travellers to show them what they may experience on one of their tours. Then they contacted the team at VOTN to have a chat about venturing in to the use of professionaly produced video.

Rob wanted us to spend a week with him on The Wild Atlantic Way capturing quality footage and testimonials to be edited into packages to show off his wonderful company and our beautiful country. Having planned the trip over several meetings with the team in Vagabond we settled on a week in June. Brian and Connor would travel with Rob with a wide range of gear and a rough idea of what would work best for the client as the final outcome. We brought a Sony FS5 and an A7s as well as gopros, DJI osmo and DJI Mavic pro drone. 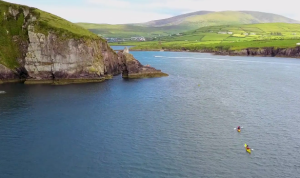 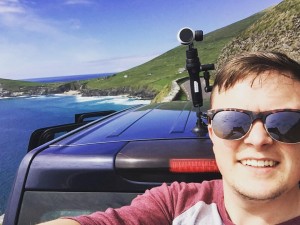 After the 4 hour journey the lads arrived in Dingle and with guidance from Rob began shooting the scenery and various contributors to his company’s off the beaten track tours.

There was a day and a half in Dingle. We then moved on to Portmagee. Muckross and Kenmare followed by Bantry and Gougane Barra rounded off the trip. 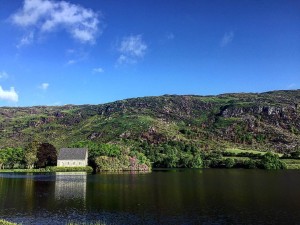 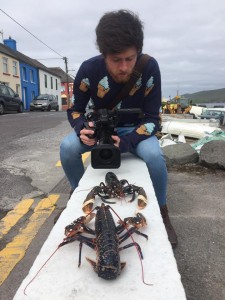 There are too many specific locations to list where we stopped along the way to shoot IVs and supporting shots for various features, but, I feel the need to name a few anyway in case any of you are heading that direction…

We can only recommend you keep an eye on the Vagabond and Videosonthenet SM channels for the videos as they are published. The editing process is ongoing and it has been crucial for us to keep the values of our client, in this case Vagabond Tours, at the forefront of our editing decisions as we work on the various videos which will come from the week of shooting.

Everywhere we looked we felt the need to press record, such is the beauty of these places. 17/19 locations taken in over the days we spent with Rob and each one beautiful and unique. This meant we came back with alot more than we had planned to shoot and in this case I don’t think there will be much left on the floor of the edit suite.

We returned to the office slightly on autopilot on the Friday after being filled with adrenaline fuelled by the buzz of how cool the stuff we were capturing was turning out.

The video in this post is Rob giving us his thoughts before we departed from Gougane Barra on the last day of the shoot. Lots more to come soon.