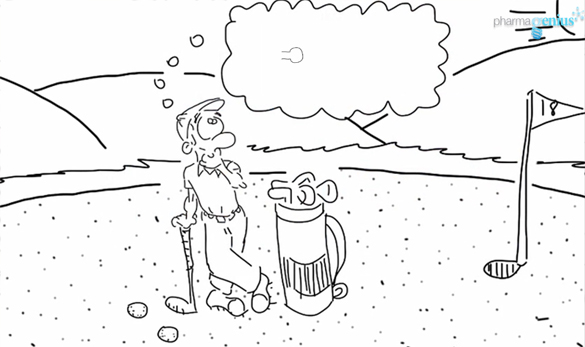 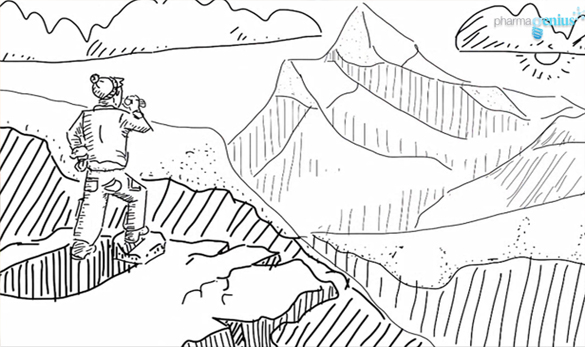 This was a different type of project and a brilliant technical challenge to work on. The client wanted to produce a series of Whiteboard style drawn animations 8 in total that were snappy, explained some fairly complicated topics including neural pathways and double think, and were not language specific ie no text included so to be able to be translated into multiple languages and therefore different markets.

This required a very careful approach working closely with the client to bounce ideas and concepts back and forth. Once we had discussed the project we produced a few sample  animations to nail down the style of the pieces before getting stuck into the scripts and visualizations. The approach we took was to settle on a script which was reduced and condensed until concise and to the point. We then storyboarded the entire script which ranged from 5 to 10 minutes in length designing the visuals that we would use, the recurring themes, best visual representations that would work.

Once signed off we started work in earnest on the animation. Time to dust off the pencil and paper or in this case Stylus Pen, iPad and screen capture technology! Drawing directly on the iPad using a drawing app which then transmitted the image in real time via a screenshare app to a desktop which was running a screen capture application called Camtasia which would record whatever appeared on the screen. In this case it was an an image being drawn, edited and redrawn on a canvas. Once the drawing was complete and moved on screen to complete a full canvas with multiple drawings telling the story of the script we finished the recording and proceeded to start the editing process with one pass of the edit in Camtasia to cut out the redraws and resizing of the images. We then exported the sequences as an .mov. reimported into a project in Final cut and given a 2nd edit this time refining the video, speeding it up so that the image would appear to be drawing itself on screen. Next it was time to add the voiceover, re-time the animation to suit and match the voiceover, add branding, titles and music and send to the client for review.

The videos would go through a number of edits working with the client closely to refine the finished pieces. We kept the visuals that worked and replaced the ones that didn’t, changed the script and voice over and tweaked the timings to suit the video. Once done and dusted we were left with 8 videos ranging in length from 5 – 10 minutes which were used for training in positive thinking and how to change habits for the best. Later we also re-edited each of the video to use voiceovers in different languages in French, German, Italian, Flemish and Spanish. We also rebranded the videos for use for different clients. This all being possible because of the approach we took in designing the videos in the first place. All in all over a month of solid work in total but the results were well worth it.